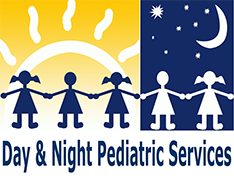 Back to Patient Education

Gastroesophageal Reflux Disease (GERD) is a digestive condition.  It is also called Peptic Esophagitis and Reflux Esophagitis.  GERD results when stomach contents and stomach acids enter the esophagus.  The esophagus is the tube that transfers food from the throat to the stomach.  At the bottom of the esophagus, a ring of muscles opens to allow food into the stomach.  Normally, the ring closes tightly after the food has entered.  With GERD, the ring does not close tightly.  Instead, it remains open and allows stomach contents and acids to pass back into the esophagus, damaging the lining.
GERD is a common condition.  The main symptom of GERD is heartburn.  GERD can be prevented.  It is treated with lifestyle changes and medications.  Surgery is rarely needed.  Untreated GERD can result in serious medical complications.
Back to top

A ring of muscles is located at the bottom of the esophagus.  It is called the lower esophageal sphincter (LES).  The LES opens to allow food to enter the stomach.  The LES closes tightly after the food enters.  This prevents stomach contents and acids from entering the esophagus.

The stomach produces acids to break down food for digestion.  The stomach secretes mucus to protect the lining of the stomach from the acids.  The esophagus does not secrete mucus and is not protected from stomach acids.
Back to top

GERD occurs when the LES remains relaxed and opened.  Reflux happens when the stomach acids and contents “back up” and enter the esophagus.  The stomach acids irritate and damage the lining of the esophagus.
The exact cause of the LES relaxation is not known.  There are some factors that can make the condition worse either by directly irritating the esophagus or relaxing the LES.  Such lifestyle factors include cigarette smoking, consuming alcohol, and poor posture/slouching.

GERD can occur during pregnancy.  The LES may not close tightly during pregnancy because of the relaxing effects of hormones and increased abdominal pressure.  Other medical conditions associated with GERD include diabetes, obesity, scleroderma, and hiatal hernia.  Additionally, certain medications that relax the LES may contribute to GERD.

Finally, poor eating habits can contribute to GERD.  Overeating, eating large meals, and eating before bedtime or lying down can cause food to back up from the stomach into the esophagus.  Some foods are especially irritating.  These include fatty and fried foods; chocolate; garlic and onions; beverages or food containing caffeine; spicy foods; foods high in acid, such as tomatoes and citrus fruits; and candy or food containing mint flavorings.
Back to top

Certain lung problems may occur with GERD.  Your child may experience difficulty with breathing.  Your child may cough or wheeze.  GERD can contribute to asthma and worsen the symptoms of asthma in people who already have it.
Back to top

Your doctor may be able to diagnose GERD during an office visit by listening to your child’s symptoms.  If your child has experienced symptoms for a long time or your child’s symptoms do not get better with medication, your doctor may refer you to a gastroenterologist for some stomach tests.  A gastroenterologist is a doctor that specializes in digestive tract conditions.
You may be referred for a test called an Upper Gastrointestinal (GI) Endoscopy.  An endoscope is a thin tube with a tiny light and camera at the very end.  After your child is lightly sedated, the thin endoscope will be placed in your child’s mouth and gently guided down your child’s esophagus.  Your doctor will be able to see the condition of your child’s esophagus by viewing the images sent from the camera to a video monitor.  The Upper GI Endoscopy allows your doctor to identify inflammation, bleeding, cancer, ulcers, other conditions, or narrowing of the esophagus.  Your doctor will also be able to rule out other conditions such as Barrett’s esophagus, a complication of GERD, or peptic ulcers, by taking a tissue sample.
An Esophageal Manometry measures the muscle function in the esophagus and the LES.  A thin tube will be placed in your child’s esophagus through your child’s nose or mouth.  During the test your child will be asked to swallow his or her saliva and to swallow liquids.  The tube has sensors that detect the pressure in various parts of the esophagus.  As the esophagus muscles contract and squeeze the tube, the pressures are transmitted and recorded in a computer.
PH Monitoring determines how much stomach acid backs up into the esophagus and how long it stays there.  It also measures the strength of your child’s stomach acid.  This test may take place over a period of time, such as 24 hours.  Your doctor will place a very thin tube through your child’s nose and into his or her esophagus.  This device will measure your child’s stomach acid levels as your child goes about his or her regular activities.  A newer version of pH Monitoring uses a tiny capsule that is placed in the esophagus.  The capsule measures pH levels and transmits the results by radio wave to a receiver that your child wears on a belt.  After about 48 hours the capsule passes harmlessly through your child’s digestive tract.
Back to top

The goals of GERD treatment are to reduce reflux, relieve symptoms, and prevent damage to the esophagus.  Some doctors recommend treating GERD in a step-wise fashion.  For cases of mild GERD, lifestyle changes may be enough.  The second step is to use nonprescription antacids.  More severe cases may need prescription medication or surgery.  Surgery is never the first treatment option for GERD.
Simple lifestyle changes may help relieve the symptoms of mild GERD.  These include not smoking, not drinking alcohol, and not consuming foods that irritate the esophagus.  It is helpful to eat small meals throughout the day instead of large meals.  Your child should avoid eating before bedtime or lying down after eating.  It can be helpful to raise the head of your child’s bed six inches.  Additionally, your child should maintain a healthy weight and good posture.
If lifestyle changes do not work, it can be helpful to use an over-the-counter antacid.  Antacids work by neutralizing the stomach acid and coating the stomach.  Antacids relieve symptoms rapidly, but only temporarily.  If your child needs antacids for over two weeks, you should contact your doctor and discuss other appropriate treatments.
Your doctor may prescribe a stronger medication, usually acid blockers or histamine-2 (H2) blockers.  These drugs block acid creation in the stomach.  They prevent GERD because there is less acid to back up into the esophagus.  If the acid blockers fail, your doctor may prescribe medications that are proton pump inhibitors.  Proton pump inhibitors stop all acid production in the stomach.  Another medication option is promotility drugs.  Promotility drugs speed up the rate that the stomach empties food and acid.  They also help to tighten the LES.  This helps to prevent stomach acid from backing up into the esophagus.
Your child may need surgery if prescription medications fail and your child is experiencing serious complications.  The operation for GERD is called a fundoplication.  It involves tightening the LES and tying the stomach to prevent stomach acid from entering the esophagus.  Fundoplication surgery is successful for most people.
Back to top

People with GERD should follow their doctor’s recommendations and take their medication as directed.  People who take medications should still work to make lifestyle changes to reduce the symptoms of and prevent the advancement of GERD.  There are several things that you can do to prevent reflux and irritation to the esophagus.
To prevent GERD, your child should not smoke, drink alcohol, or consume foods that irritate the esophagus.  Your child should not overeat, eat large meals, or eat before bedtime or lying down.  Your child should avoid foods that are especially irritating.  These include fatty and fried foods; chocolate; garlic and onions; beverages or food containing caffeine; spicy foods; foods high in acid, such as tomatoes and citrus fruits; and candy or food containing mint flavorings.  It is also helpful for your child to maintain a healthy weight and use good posture.
Back to top

Am I at Risk

Is My Child at Risk?

_____ Being overweight or obese can increase abdominal pressure causing food to back up into the esophagus.
_____ The hormones produced during pregnancy can relax the LES.  The hormones can also relax the muscles in the esophagus and cause food to move more slowly.  Additionally, abdominal pressure during pregnancy can cause food to back up into the esophagus.
_____ Cigarette smoking is an irritant.  The nicotine from tobacco relaxes the LES.  Cigarette smoking can also reduce the amount of saliva produced.  A lack of saliva can make the esophagus lining more sensitive to the stomach acids.  It can also cause heartburn to be more severe.
_____ Drinking alcohol increases the likelihood that stomach acids will back up into the esophagus.
_____ Eating certain foods can relax the LES.  Such foods include chocolate, caffeine products, fatty foods, greasy foods, spicy foods, citrus products, tomato-based foods, mints, or mint flavored foods.
_____ Certain medications can aggravate reflux in some people.  Over-the-counter medications include aspirin and ibuprofen.  This also includes certain prescription medications for asthma, emphysema, and osteoporosis.
_____ Older adults have an increased risk because the esophagus muscles can weaken with age.  The esophagus may lose its wave pattern or have weak inconsistent contractions.
_____ Scleroderma increases the risk of developing GERD.  Scleroderma is a rare autoimmune disease in which a person’s immune system destroys healthy tissues.
_____ A hiatal hernia increases the risk of developing GERD.  A hiatal hernia occurs when a part of the stomach protrudes through the muscles and into the chest wall.  A major symptom of a hiatal hernia is the back flow of stomach acid into the esophagus.

Several serious medical complications can result from advanced GERD.  The back flow of stomach acid contributes to these conditions.  Some people with advanced GERD may experience bleeding or difficulty swallowing.  Inflammation can affect the structures in the esophagus, throat, voice box, nasal airways, and lungs.  The stomach acid can also harm tooth enamel.  Further, researchers suspect that there may be a connection between untreated GERD and esophageal cancer.
Back to top

A newer version of pH Monitoring uses a tiny capsule that is placed in the esophagus.  The capsule measures pH levels and transmits the results by radio wave to a receiver that you wear on a belt.  After about 48 hours the capsule passes harmlessly through your child’s digestive tract.  This newer method eliminates the need for a nose tube.

Research trials are focusing on new surgery methods.  The research trials will determine if the new surgery methods are safe and effective treatments for GERD.  These include the Stretta Radiofrequency Procedure, EndoCinch Procedure, and Enteryx Injections.  The Stretta Radiofrequency Procedure involves using radiofrequency delivered through the endoscope to tighten the LES.  The EndoCinch Procedure uses an endoscopic sewing device to place sutures to correct the LES.  Enteryx Injections are delivered by the endoscope.  Enteryx is a medication that forms a spongy mass in the esophagus and reinforces the LES to prevent the back flow of stomach acid.
Back to top

This information is intended for educational and informational purposes only. It should not be used in place of an individual consultation or examination or replace the advice of your health care professional and should not be relied upon to determine diagnosis or course of treatment.

Learn about the symptoms and treatments for dozens of pediatric conditions and injuries.